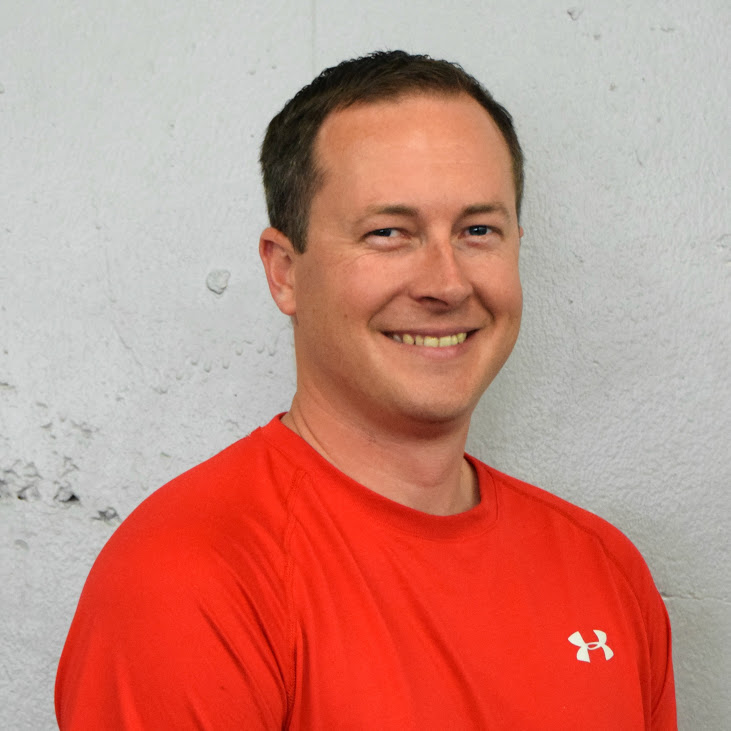 Jason is originally from Muskegon, MI. Jason earned his BS in Athletic Training from Saginaw Valley State University in 2002 and worked on his Masters studies in Exercise Science at Western Illinois University. Jason is a Level 3 Golf Medical Professional and a Golf Biomechanist certified through the Titleist Performance Institute.Jason is currently working with and consulting for players on the PGA, LPGA, Canadian and Web.com tours.

He is currently providing 3D evaluations and consultations for many Top-100 instructors. His expertise is in rehabilitation, injury prevention, and using 3D and physical assessments to reduce pain/injury in order to maximize a player’s performance. He has worked with many collegiate teams performing strength and conditioning and provided customized fitness programs for beginning golfers, juniors, and the average weekend warrior. Jason also runs a Junior Performance Academy (Ages 9-18) in the Washington DC area designed to help golfers become athletes and athletes become golfers.

Before starting Peak Golf Fitness Jason was the Director of Training and Fitness at a golf fitness facility for 4 years. Previous to moving to the Washington DC area he served as an assistant at White Lake Golf Club in Whitehall, Michigan where he worked with the Junior Golf Program as well as normal golf club services. Jason is also a contributing author for the Titleist Performance Institute and the Golfing Amigos website. He has also been consulted on golf fitness related articles from the Washington Post.

In addition to his medical and golf knowledge, Jason played baseball, basketball, and ice hockey. He also bowled for Saginaw Valley State University and Western Illinois University where in 2004 they finished in 3rd Place at the Intercollegiate Bowling Championships. 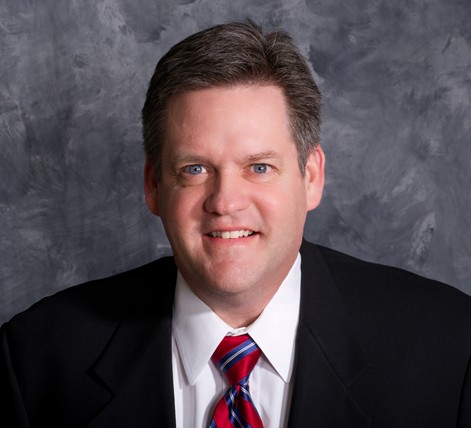 Ramsey was born in Newellton, LA. He graduated from University of Louisiana Monroe with in BA in Accounting. Although he played a variety of sports growing up he developed a true passion for golf. He became a Class A PGA Golf Professional, and a Head Golf Professional by the age of 26. Ramsey spent 10 years in various parts of the country, in the golf business managing the day to day operations and teaching the game to players of all skill levels from beginner to touring professional. It was and still is a true passion.

As much as Ramsey enjoys the physical training and golf specific training provided by PEAK Golf, his primary role within the organization is Business Development and Operations. 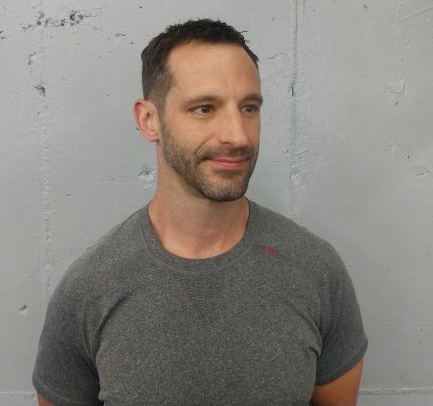 Tom was born and raised in Chevy Chase, MD where he attended Mater Dei School and Gonzaga College High School. He received his BA in Kinesiology & Integrative Physiology from the University of Colorado Boulder in 2003, where his training focused on Biomechanics and Sports Performance. Golf has been one of his earliest loves as he was taught to play by his father at age 4.

After graduating college, Tom worked as a fitness trainer in Auckland, NZ and Denver, CO. before returning to DC to work in the United States Senate. During his time in the Senate, Tom reignited his passion for fitness and exercise after observing firsthand the deleterious effects of sedentary office work. His goal is to help people learn to move and become the athletes we were all meant to be.

Tom is a TPI-Level 1 certified golf fitness instructor with a love for golf and endurance events. Outside of Peak Golf Fitness, Tom enjoys running, weight training, yoga, and rucking. He has successfully completed many 12 & 24hr endurance events, several 50 mile ultramarathons, and has his eyes set on a 200 mile ultra in 2020. 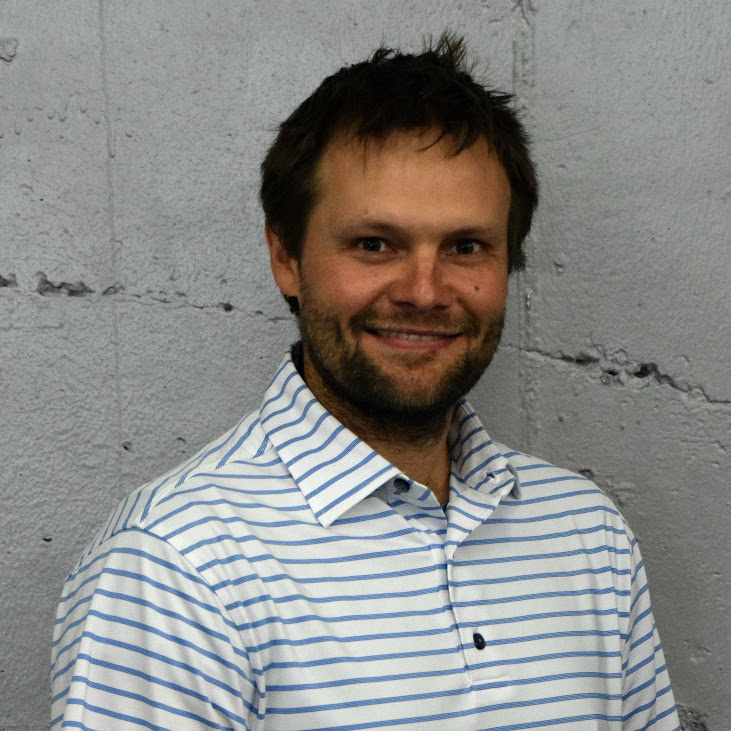 Dmitri was born and raised in Moscow, Russia until he was 10 years of age and moved to Chevy Chase, Maryland, where he attended Chevy Chase Elementary, Westland Middle, and Bethesda-Chevy Chase High schools. He earned his B.S. degrees in Kinesiology and Professional Golf Management at Penn State University in 2008 and a Master’s degree in Biomechanics at Texas Tech University in May 2012.

Outside of Peak Golf Fitness, Dmitri enjoys professional and collegiate basketball and football, baseball, ice hockey, and motorsports. During his high school career, Dmitri played as the #1 golfer his senior year at B-CC HS, and qualified for the Maryland State golf tournament. Dmitri’s junior golfing career also included numerous top 10 finishes in local tournaments and on the Titleist Junior Tour. 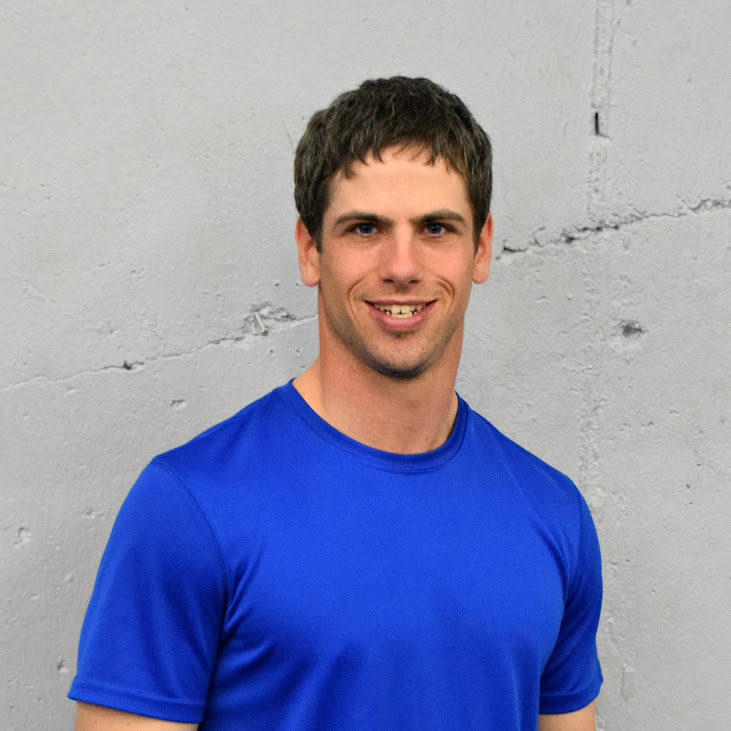 Justin was Born and raised in the D.C. area. He graduated from Towson University with a Bachelor of Science in Exercise Science in 2014.

He has spent his time since graduation not only as a golf fitness instructor, but as a PGA Assistant Golf Professional at Argyle CC, Woodmont CC, and Columbia CC. In addition, he currently operates golf fitness classes and personal training services at many clubs in the area. Those clubs consist of Argyle CC, Manor CC, Columbia CC, and Kenwood CC. His certifications include TPI Fitness 2, TPI Golf Coach 2, K-Motion, ACE, and PGA.

As a former Division 1 golfer, Justin has worked with many top juniors and players in the area, as well as PGA Tour player Denny McCarthy. 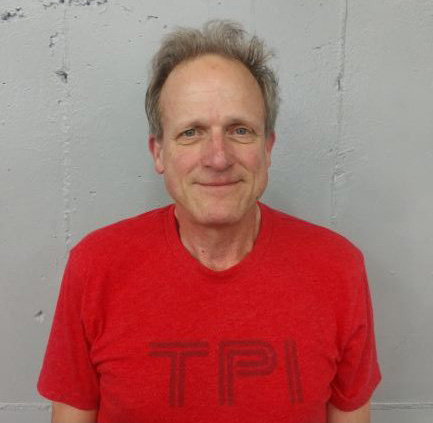 Warren is a TPI Level 2 Golf Fitness Instructor, and is also a Certified Personal Trainer and Golf Fitness Specialist through NASM. He was a member of Peak Golf Fitness before joining the Peak staff, and has been involved in golf fitness for over ten years. As a senior golfer, Warren has personally experienced the benefits possible through golf fitness in terms of increased distance, more accurate shots, avoidance of injury and pain, and most importantly, lower scores. He believes improved golf fitness will benefit anyone regardless of their age or skill level.

While in high school, Warren played football and basketball, ran cross-country, and was a three year letterman as a sprinter in track. During his undergraduate years in college, he regularly played pickup basketball with the University of Colorado’s Men’s team. He has been playing golf since he was fourteen.

Prior to joining Peak, Warren had a twenty-seven year career in the IT industry as a Network Engineer, and was a Cisco Certified Network Professional. He has a Bachelor’s degree in Anthropology, and a Master of Science degree in Telecommunications, both from the University of Colorado at Boulder. Warren has lived in the Washington area since 1992.

Matt is from Johannesburg South Africa and grew up playing gold alongside the likes of Ernie Els. In the late 90’s and early 2000’s, Matt played on the South African Sunshine Tour, a career that included a second place achievement and invaluable play time with elite South African golfers.

After retiring from the tour, Matt began an extensive career in golf. He started at a golf retail store that provided boutique club fitting services. There he learned the ins and outs of all different manufacturers and their products as well as the intricacies of golf club custom fitting.

He moved to the US in 2010 to continue pursuing his golf career. Matt took a position at Boca West, a country club located in prestigious Boca Raton, FL. There he managed play schedules and course maintenance.

In recent years, Matt’s love for sports led him to Olympic weightlifting which gave him a new appreciation for mobility and flexibility and the importance of body movement.

In 2018 Matt became TPI Certified Level 1 to combine his love for golf with his passion for correct and effective body movement and mobility.

To provide the best golf specific performance training in the Mid-Atlantic by utilizing the best technology, information, instructors, and education available to our staff and clients.

What Our Clients Are Saying

I have been working out at PEAK Golf Fitness for the past 3 years. In those 3 years it has been remarkable the difference I have seen as I transitioned out of my off-season training and to back on the course. It’s no accident that I have had my best 3 years of competitive playing since I started training at PEAK.

Jason and the PEAK Golf Fitness team have dramatically changed the way I move in just a short period of time. My golf swing feels more athletic, consistent, and dependable. Plus, I finally understand what was preventing me from making the swing changes I have struggled with for the last few years. I always look forward to my PEAK workouts!

Thanks to Jason and the staff at Peak, I have made significant progress in my golf fitness. I have never made so many changes to my swing in such a short time that has made such a significant improvement. The Winter Performance fitness classes and use of the K-Motion combined with their expert guidance in golf movements and patterns was the answer.